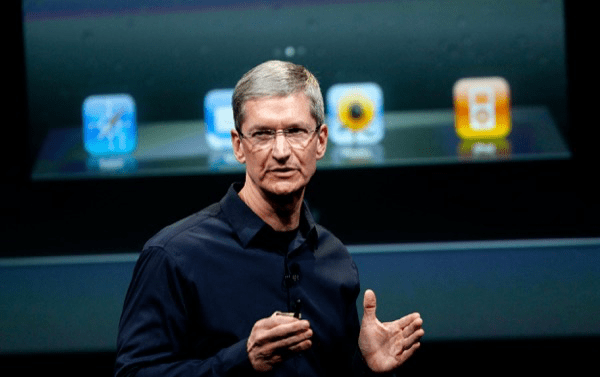 According to recent information from Apple, CEO Tim Cook’s base salary was raised for the first time since 2011 to $2 million in 2014. His pay increase came in February last year, but has only just come to light.

Cook’s salary rose to $2 million, up from $1.4 million, and his total package more than double to around $9.2 million in 2014. Besides Tim Cook, other executives also enjoyed more modest pay rises of around %14 to $1 million, according to the company’s annual report.

Thanks to the efforts of Cook and the executive team, and new products such as the iPhone 6, Apple’s shares in New York hit a high last year as the company managed to sell 40 million iPhones. In the most recent quarter, Apple is expected to blow those figures out of the water with more than 60 million iPhones sold.

The increase to Tim Cook’s salary was the first since  2011. Apple said the pay increases were awarded after reviewing “peer company” data from an independent compensation consultant.

Over the past two decades, compensation for CEOs in the United States have risen sharply. Compensation takes salary, cash bonuses and long-term incentives into account.

Since 1989, salary levels amongst CEOs have increased year by year, reaching a peak in 2007. During this year, immediately prior to the worldwide economic downturn, the average salary was around $4 million. Taking other forms of compensation as well as stock gains into account, the total level of compensation reached about $17 million.

Compensation figures were badly hit by falling stock levels over the course of the following five years, and by 2012, the total figure had fallen to roughly $10 million.

Some top level managers are earning 475 times more than the average employee in the United States. Company boards are always intent on hiring the very best and brightest, a policy that always results in massive levels of compensation.