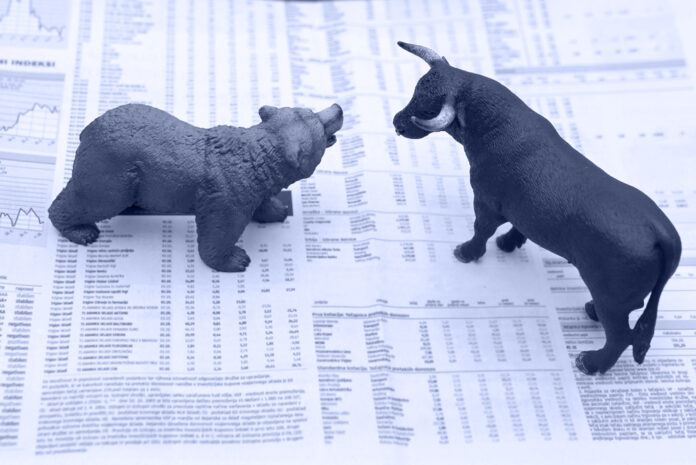 The long and noteworthy history of stock market bubbles is littered with a cyclical pattern of a boom, bust, big winners, and heavy losers. And the current 2021 stock bubble appears to be no different.

If anything is sure, the current stock present valuations and what comes next are unlikely to rewrite financial history. The only certainty – apart from being an improbable outlier – is that the bubble will burst eventually. They always do. History tells us it is so.

Our imperative is, therefore, to learn from history or be destined to repeat it. But is the stock bubble of 2021 a temporary blip or a more long-term phenomenon?

While a crystal ball would be helpful right now, what is the weather forecast for stocks in 2021? Is it more sun or an unexpected tornado that lies ahead?

Let’s dive in and find out.

For months now, the money experts have been talking about a stock bubble and speculating on what lies ahead. The consensus is that the bubble will burst, not if but when.

Forbes was quick out of the starting gate. With the Biden administration in place in the White House, Forbes has been predicting for some time now that the post-pandemic economy is in for a shock. Staff writer Steve Forbes argues that the Fed has underestimated how much money will need to be printed to bankroll the largest ever peacetime spending package in US history.

In conjunction with few big bond buyers and Democrat tax increases on the horizon, the inevitable result is a spike in inflation. Precisely what you don’t want going into recovery this year and next.

The Nasdaq, too, are getting jittery. In early May, they were tentatively predicting the current bubble is about to pop.

Noting that rising inflation, market yields, and interest rates signaled the end was nigh, none of the financial experts they spoke to were willing to commit to the timing.

However, it is glaringly evident that the stock market is highly overvalued, with concurrent sell signals indicating defensive positions are being taken.

With stock market valuations at their highest level in up to 150 years, no one denies that the bubble exists. However, the latest moves by the Fed were only making things worse, prompting many to get out before the bubble implodes.

As ever, in catastrophe lies opportunity. It’s not all bad news; some stocks are set to surge despite the bubble. At least according to a JP Morgan strategist when interviewed on CNBC.

According to Eduardo Lecubarri, JP Morgan’s global head of small to medium-cap equity strategy, investors should be cautious about high multiple-trading growth stocks.

Speaking to CNBC Monday, Lecubarri commented that JP Morgan had been warning about such stocks since the start of 2021.

There is just too much volatility to justify the risk in the long term, even off the back of solid surges during 2020. Despite his concerns, Lecubarri remains optimistic about the stock market going forward.

Another JP Morgan strategist, John Normand, was trotting out a similar party line to CNN Business. He counter-intuitively suggested investing in bubbles rather than taking money out.

He argued that bubble stocks inevitably bounce back over the long term, citing the clean energy industry as an example. The sector had taken a massive hit in 2008 but was now rebounding exceptionally well. Some investors who pulled out got burnt, but those that stayed the course we’re now reaping the benefits thanks to the growing emphasis on tackling climate change.

However, Normand did caveat his comments with the warning that not all bubble stocks bounce back. It was, therefore, crucial to be selective. And opt for assets that were backed by central banks that have in the past shown willingness to take steps when market waters get choppy.

JP Morgan is not a lone voice in the financial wilderness punting the idea of stock market bubble investment. The Motley Fool is voicing a very similar sentiment.

The highly respected stock market commentator admits the stock bubble is nearing its bursting point but posits that there is still money to be made.

The more than year-long record-breaking stock rebound cannot last forever, as history shows. But despite the tangible signs of an end to the bull market, some pre-planning could lever profits out of the latest bubble collapse.

The Fool suggests a five-point plan to evaluate your holdings and tolerance to risk. The most important, though, is to have cash in hand to take advantage of significant falls in the market.

Many in the financial markets, however, take their cues from Bloomberg. Or at least use it like the windsock at the airport.

And right now, Bloomberg sees bubbles pretty much everywhere they look and laying the blame squarely at the door of the Fed for making matters worse.

Drawing on the knowledge of their deep pool of money experts, Bloomberg’s reporting of late suggests that shorting too early can mean investors are missing out on the potentially lucrative returns. The trick lies in knowing when to exit from an overvalued stock market.

The stock market denizen also had billionaire Leon Cooperman on record, saying inflation would catch the Fed. Speaking on Bloomberg Surveillance, Cooperman, CEO, and chairman of Omega Family Office, predicted the Federal Reserve would be compelled to raise interest rates next year.

It’s patently clear that none among the financial markets commentariat deny the existence of a stock market bubble. Or, indeed, that stocks are overvalued and bound to go down.

The bigger the bubble, the bigger the explosion. It is a cycle that has occurred multiple times in the past. Today’s stock bubble of 2021 is far from unusual. And neither will it’s inevitable bursting.

However, take some solace from history, which shows that bubble bursts are quickly corrected, usually in a matter of weeks or months. What may be exceptional this time around is the number of heavyweight figures in the industry counter-intuitively saying to put long-term money into a bubble.