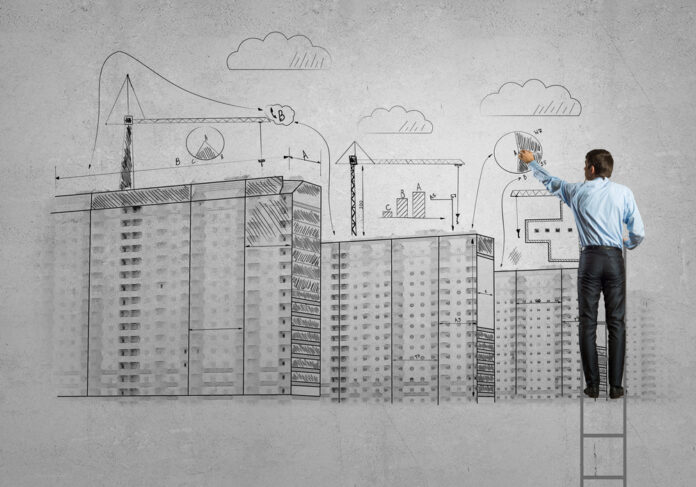 Howell is a licensed architect in both New Zealand and New York. His wife, Steffani, heads DHD’s interior design team (several other New Zealand natives are also on the DHD team). The team also includes a full-time project manager and a structural engineer. Howell has two daughters.

Howell is working on several diverse projects with the DHD team, including New York City residential condos and beach homes.

“We work as a unified team as much as possible,” Howell told Interior Design. “I do the job-getting and the overall management, but in terms of creative forces and personality, we’re not a hierarchical company.”

Howell enjoys the collaborative spirit between the DHD team and clients. Satisfaction, he says, is never about the project’s scale.

“Be it a budget-conscious project or something very high-end, I thrive on a shared sense of passion for design and an appreciation for what we bring to the table,” he added.

Before founding DHD, Howell was a studio instructor in design at the Parsons School for Design.

He was won several honors for his work, which has appeared in numerous national and international publications and exhibited throughout New York and New Zealand. Howell lives with his family in New York City and the Catskills.

He has always enjoyed working in both countries, which he views as having distinct but complementary design styles and philosophies. As a result, he has merged traditions from both, blending towering, stark New York building aesthetics with more flexible environmental design and indoor-outdoor living that is common in New Zealand.

“I think we have a different energy and autonomy,” Howell writes of native New Zealanders. “We’ve learned to bring ideas from the edge to the center. As a result, architecture becomes a practice, hands-on job as much as an artistic one.”

Current DHD projects in the works include an all-concrete ski home in Alta, Utah, and residential, high-end New York City condominiums on West 16th Street in Chelsea and 83rd Street on the Upper West Side.