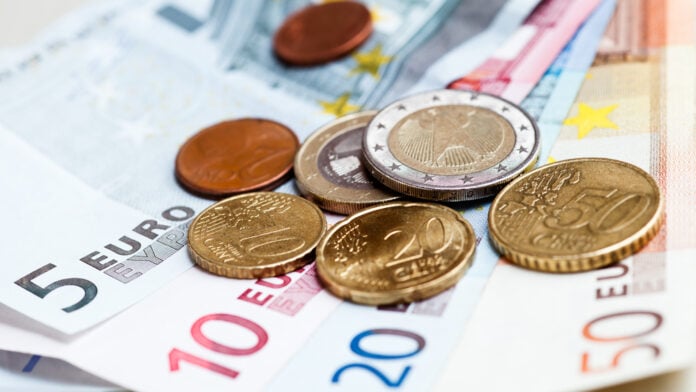 European energy prices have been skyrocketing even before the continent’s winter has truly set in amidst a cost crunch that could be the most damaging in a decade. The cost-price inflation is driven by increased demand as the global economy returns to Russia’s regular and lower-than-expected natural gas supply.

According to the European Commission, wholesale electricity prices rose by 200% between 2019 and 2021. When a 37% price hike in wholesale gas prices happened within 24 hours in the United Kingdom, many steel, chemical, and fertilizer businesses were forced to cut their production and lobby for state aid.

That scenario is likely to be replicated across Europe as the continent battles with the Omicron variant of Covid-19. National governments within the European Union could find themselves at loggerheads to secure their supply. Households could be asked to reduce their energy consumption, and rolling blackouts are possible.

Europe finds itself dealing with a problem without a near-term supply-side solution, given Russia is only exporting what it needs to, and Qatar producing what it says is the limit of what’s possible. In the near term, the solution is at least one of “demand destruction.”

It may simply not be possible for many firms to operate under a scenario of sustained energy price inflation. Moreover, European energy demand is likely to harm the Euro’s strength against the dollar: most oil and gas contracts are denominated and traded in the United States dollar. Hence, increased demand for energy translates into increased demand for the dollar.

A Year in Freefall

The Euro has been in a steady decline against the dollar for most of 2021, as the chart below shows:

The energy crisis is not the only reason the Euro has been steadily declining for much of the year. The global supply chain disruption has hurt the European Union, which finds itself having to pay a premium not just for energy but a wide array of things, such as semiconductors, paper, and machinery. Moreover, the dollar is a haven in times of uncertainty.

The United States dollar has strengthened as investors worry that the post-pandemic economic recovery may not be as strong as first believed and that the coronavirus pandemic may be with us for longer than expected. In addition, geopolitical tensions between China and the United States and fears that the developing world and many emerging markets may struggle to shake Covid-19 have contributed to dollar strength. Driven by fear and uncertainty, investors flood the United States with investment, pushing up the dollar’s value. But certainly, energy is an essential driver of the euro’s decline over the last year, and as the chart shows, the euro’s fall has steepened as the continent heads toward its famously cold winters.

When the pandemic set in last year, natural gas demand fell by 1.9%. There were two reasons for this: firstly, the northern hemisphere experienced a milder winter than usual, and secondly, consumers changed their energy use patterns during the pandemic. At the beginning of the year, the International Energy Agency (IEA) published a Global Gas Security Review, in which it estimated that gas demand would be up 3.6% in 2021. When the final figures are tallied, that forecast, or the direction of the estimates, is likely to be correct. The IEA believes global gas consumption is expected to be 7% higher than in the pre-pandemic era by 2024.

Europe is Reliant on Gas Imports

The European Union’s gas production is in secular decline, with many North Sea gas deposits running dry, along with many gas fields in the Netherlands, the most important of which is Groningen, which is closing in mid-2022. The result is that the European Union is more dependent on gas imports than ever, mainly imports from Russia and Norway.

The European Union’s vulnerability has led to calls from the IEA for Russia to ramp up exports to the European Union. The IEA is concerned that Russia’s underground gas storage facilities in the Union are at lower levels than in previous years. Russia contends that the crisis is of the Union’s own making and that it is fulfilling its contractual obligations to the letter, although exports to Europe are lower than their 2019 levels.

The IEA wants Russia to do more and replenish its storage facilities ahead of the winter season, arguing that this will demonstrate to Europe that Russia is a reliable gas supplier. In addition, Gazprom, Russia’s state-owned gas producer, is accused of selling as much gas as possible at the maximum possible price, profiteering from the European Union’s crisis.

Prices Will Go Higher and the Euro Will Weaken

By June of this year, European gas prices were up 600% in 2021. The United Kingdom is a good test case of what is likely to happen in the European Union. Many small energy providers in the United Kingdom collapsed due to rising wholesale gas prices, and production halted in some industries. Kawsi Kwarteng, the Secretary of State for Business, Energy and Industrial Strategy, said that unless there is an urgent switch to “strong, home-grown renewable energy,” there will remain dependent imports.

Given, as we have said, that energy contracts are denominated and traded in dollars, this means that the European Union’s demand for dollars will rise, weakening the euro. There are simply no short-term solutions beyond demand destruction, and those are unlikely to be very successful.