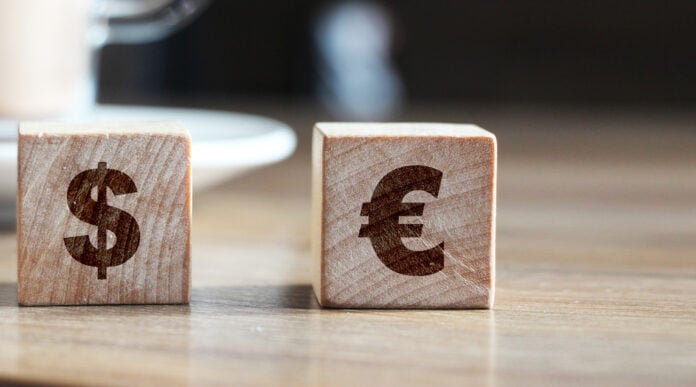 The EUR/USD pair is by far the most popular in the foreign exchange market. Its popularity makes it the most liquid, which means it is to trade without a relevant change in its exchange rate.

The pair is a significant one that makes up half of the total volume in the foreign exchange market, representing two of the biggest economies in the world, Europe and America.

The reading process of the EUR/USD pair is as follows:

Let’s look at the next few months up until the end of the year to see how the EUR/USD performs.

The US dollar and the euro are the number one and two most popular currencies globally. The US is a reserve currency, so it is always on the bid side and held by the majority of traders across the world.

Before we predict the EUR/USD forex pair’s performance, we will look at the history of the exchange rate of the two currencies.

The US dollar did not suffer from the worldwide economic threat posed by the pandemic in 2021. The dollar bounced back quickly. It recovered parallel to the economy of the United States.

The EUR/USD forex pair has been on a choke hold since November of last year at 1.13. The Fed is inching towards stricter monetary policy while the ECB maintains a lukewarm position during the standoff.

The US dollar will rise even higher for the remainder of 2022, maintaining a relatively stronger stance against all other key currencies. It is still considered a haven currency and a wise bet for long-term investment.

While a favorable job market in the United States pushes the US dollar forward, the worsening military tension in eastern Europe also plays to the dollar’s advantage in the coming months.

Since the conflict in Ukraine refuses to find a resolution, we will see a surge in the value of the US dollar for the rest of the year. The euro should remain fragile concerning growth, tied with the dollar throughout the coming months. The EUR/USD pair remains the one to watch.

Conditions that affect the speed and behaviour of the EUR/USD exchange rate:

Rulings by the European Central Bank (ECB) and the Federal Reserve Bank (Fed):

The European Central Bank (ECB) and The Federal Reserve Bank (Fed) control the monetary policies of Europe and the United States, respectively. They also regulate the money supply of the two superpowers and set the interest rates, and control the purchasing power of consumers, businesses, and corporations alike.

This tremendous power allows these institutions to have a sizable effect on the value of the respective currencies. The currencies get stronger or weaker as per the actions taken by these two institutions.

Market analysts, brokers, and investors closely follow statements given by heads of the ECB and the Fed, as the information they put out usually has dramatic effects on the forex climate.

The Tokyo, London, and Newyork sessions, which are Asian, European, and American, respectively, are open 24/7. The order in which they appear is a tribute to their opening times, with Tokyo opening followed by the rest. The Tokyo session stretches from 11 pm to 8 am GMT, the London sessions from 7 am to 4 pm, and the Newyork session from noon to 8 pm.

Since the EUR/USD forex pair is available for trade, in European and US sessions, the overlapping time of the London and Newyork sessions always marks the peak for the forex pair.

Therefore the interest rates set by the European Central Bank (ECB) and the Federal Reserve (Fed) will directly determine the value of the euro and dollar, respectively. The EUR/USD forex pair largely depends on these interest rates.

Any significant political turbulence will have the power to affect the currencies of the countries involved in the spectacle. Political unrest, wars, elections, and other similar events always have a considerable impact on a currency. Trump coming into power and the controversy surrounding Brexit are prime examples of the dollar sliding due to uncertainty.

The Military conflict in Ukraine has put the dollar on a pedestal, going higher and higher, while the euro suffers from a downturn. The EUR/USD forex pair recieved a shake up by Russia’s invasion of Ukraine and the subsequent sanctions imposed upon Russia by several nations. The pair went down to its lowest point since May 2020.

Some of the significant economic conditions with pulls over the EUR/USD pair include the Consumer Price Index (CPI), Purchasing Managers’ Index (PMI), and the balance of payment.

CPI: the CPI measures inflation and the consequences of the interest rates. Hence they directly affect the EUR/USD forex pair and the respective currencies.

Balance of payment: the balance of payment, is used to measure the amount of money flowing in and out of Europe and America, subsequently playing a significant role by indicating the values of their respective currencies.