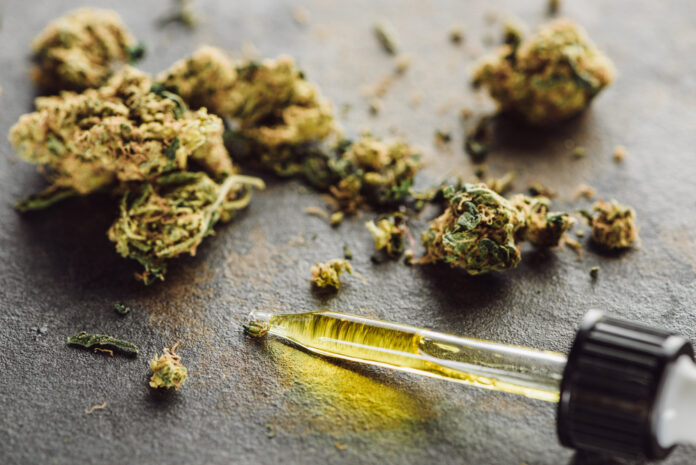 Cannabis is one of the fastest-growing industries in the world. In just a single decade, the legal cannabis market has gone from almost non-existent to a multi-billion dollar global industry — and it’s only expected to keep growing.

According to multiple market research reports, including one from Grand View Research, the legal cannabis industry is expected to reach a market size of $146.4 billion by 2027 at a compound annual growth rate (CAGR) of over 30 percent from this year. This is a massive increase from the $7.7 billion industry’s worth in 2016.

Several factors are driving this rapid market growth; most importantly, more and more countries are legalizing cannabis for medical and recreational use. This gives people more access to legal cannabis products and amplifies the ripple effects of changing public perception around important varieties of cannabis like the hemp plant. In this post, we explore the impact of legal reform and other critical factors on the size and projected growth of the cannabis industry.

Changing Cannabis Laws Across The Globe

The cannabis market is growing at an unprecedented rate thanks to the plant’s legalization in numerous influential jurisdictions worldwide. This growth provides new opportunities for entrepreneurs and investors as the industry expands and matures beyond tourism and agriculture.

One of the most significant markets for cannabis growth is North America. Several states have legalized cannabis for recreational or medical use in the United States, and the country is set to legalize the plant shortly federally. Its growing acceptance translates into a boom in the industry, with domestic sales of cannabis products expected to pass a yearly average of $30 billion by 2025.

Impressive market growth is also seen in Canada, which became the first G7 nation to legalize cannabis in 2018 fully. The Canadian market alone is expected to be worth $12 billion by 2025, making it one of the largest in the world, with some of the most recognizable companies like Canopy Growth and Aurora Cannabis driving industry expansion.

The legalization of cannabis is also having a positive impact on the global economy. According to a report by The Arcview Group, the legal cannabis industry is expected to create nearly 650,000 new jobs by 2026. This growth is driven by the increasing acceptance of cannabis and the expansion of the industry into new markets and partner operations.

Cannabis legalization has been a hot-button issue for many years in several countries. In recent years, public opinion on the issue has shifted dramatically in favor of legalization. A significant reason for this shift is the growing body of authoritative research suggesting that cannabis’ primary components, like cannabinoids (e.g., THC, CBD) and terpenes, have significant therapeutic potential.

Legalization is consistently followed by a surge in entrepreneurship, as evidenced in many notable countries, and legal cannabis businesses provide much-needed tax revenue for cash-strapped localities. In the American state of Colorado, for example, legal cannabis sales generated nearly $200 million in tax revenue in 2016 alone. This money can, in turn, be used to fund critical public services like education and infrastructure.

Perhaps most importantly, legalization has generated enough interest to fuel comprehensive medical research on the potentially beneficial properties of cannabis compounds. CBD, for instance, is now being researched for its viability as a natural alternative to drugs like opioids, which have established negative side effect profiles and abuse potential. With a growing body of scientific literature, CBD is roundly lauded and endorsed by several professional athletes, performers, celebrities, and other high-demand individuals as an effective supplemental analgesic and anxiolytic aid.

Finally, the legalization of cannabis has catalyzed research and development of new products that stimulate other industries. For example, the mainlining of infused cartridges, e-liquids, and edibles have invigorated sales in the vaping and snack foods industries — which are multi-billion dollar markets in their own right.

It’s worth noting that the stimulatory effect of cannabis legalization and subsequent product innovation isn’t limited to consumables. Across the globe, two of the most consistent winners following legalization are the skincare and sports medicine industries, whose markets now enjoy popular mainstays like CBD- and terpene-infused bath products, skin creams, deep pore cleansers, recovery balms, and freeze roll-ons.

One of the most successful examples of product innovation following legal reform around cannabis is the development of Hempcrete following the US Congress’s passage of the Agriculture Improvement Act of 2018, better known simply as the “Farm Bill”. Hempcrete is a natural building material made from the inner woody core of the hemp plant. It’s mixed with lime and water to create a lightweight, insulating concrete-like material which makes an environmentally friendly alternative to conventional building materials with superior thermal and acoustic properties.

The advent of Hempcrete has seen it become a staple in the global alternative building materials market, valued at $205 billion in 2021.

Time will ultimately tell whether the legal cannabis industry will meet expectations in 2027. However, it should be clear to speculators, investors, and entrepreneurs alike that the global trend toward legalization will be key to its continued growth.

Where Is Coffee Grown And Its Impact on the Global Economy