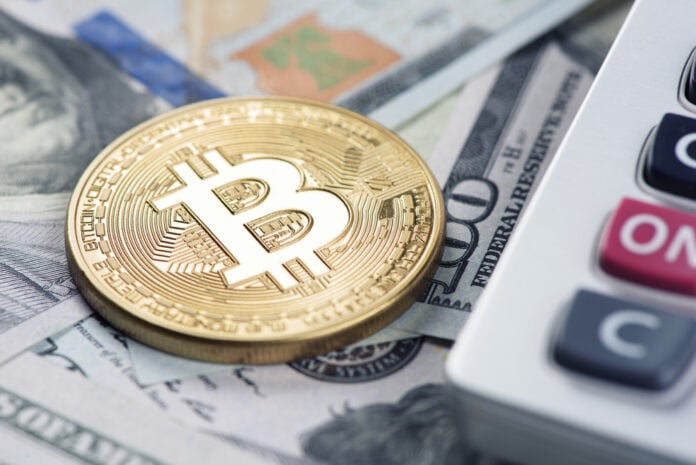 In the field of ‘there’s no wrong answer,’ the question of should you day trade or HODL (Hold On For Dear Life) cryptocurrencies is a strong contender for the top spot.

With so many variables in play, the answer to the question comes down to trading goals, style, and objectives. Are you only in the game for a short-term profit gain? Or playing a long game in the expectation of a fat payout sometime in the future?

To shine some light on the subject, let’s take a look at what the money experts reckon. By doing so, we may be able to discern a pattern to help sway us one way or another.

Forbes is taking a slightly ‘sitting-on-the-fence’ approach, pointing out that cryptos are everywhere these days. Even fintech giants like PayPal are getting on board, adding crypto to their offering by allowing users to pay merchants with crypto-currency and buy, sell and store digital currency, they point out.

Noting the volatility of the crypto markets and questioning its suitability for the average investor, Forbes does, however, flag up the much-vaunted value projections. Quoting various financial experts positing six-figure valuations for Bitcoin, the august publication hints that getting into crypto-currencies now is an excellent long-term tactic.

As balanced as ever, Forbes does temper the possibility of big profits by pointing out that cryptos are mainly unregulated and highly speculative.

Just a month earlier, another Forbes contributor argued that the meteoric rise of Bitcoin and its endorsement by multiple international financial heavyweights signaled it was time to get HODLing.

The logic being that cryptos offered a hedge against prevailing historically low-interest rates, low inflation targets, and geopolitical instability.

With financial institutions ramping up their interest in cryptocurrencies, the outlook was bullish, and increasingly investors were buying but not selling. If there’s one given in life, it’s always to follow the money.

Bloomberg, perhaps predictably, is also taking a balanced line when it comes to crypto risk and reward. Though equally concerned about the potential losses and risks as Forbes, Bloomberg is edging towards HODL-ing over the more hit-and-run approach of crypto day trading.

Over the last six months, Bloomberg has trod a path that in turn veers towards a crypto-currency aversion to reportedly tipping Bitcoin, like others, for a significant upward revaluation by the end of 2021.

With volatility and the emergence of newcomers like Dogecoin mudding the already opaque waters of cryptocurrency, Bloomberg maintains a healthy level of skepticism on the entire subject.

It’s almost like Forbes and Bloomberg aren’t prepared to put their reps on the line for cryptocurrency by being definitive.

To HODL or not to HODL remains the question. Maybe, in the absence of conclusive evidence on hoarding Bitcoin and it’s like, perhaps day trading is the way to go?

But who with a day job has the time to day trade to the level required to make it worthwhile? Is it any safer than placing a bet on a sporting event? Many would say no.

However, an almost equal number would say the complete opposite. The New York Times, for instance, highlighted just what was possible by day trading when Coinbase floated on the US stock exchange.

When the major crypto company debuted, it opened at $381 per share, a valuation that was more than 50% higher than the reference price set the day before by Nasdaq.

Despite the dynamic nature of cryptocurrency prices, it’s clear that some are keen to get a slice of the crypto pie one way or another. Indeed, that would be the inference to draw from an initial day’s trading that valued Coinbase at ten times more than its final valuation as a private concern.

Though it’s perfectly possible to make a profit day trading if you like rollercoasters, it is plain that at least some of those piling into cryptos see it as a Gold Rush. But from the point of view, you ought to be selling the shovels, not necessarily doing the heavy manual labor of digging.

However, the arbiter of all things financial, the Wall Street Journal is cautious and non-committal. Highlighting the recent launch of Dogecoin – a parody cryptocurrency that morphed into reality – the WSJ wondered aloud if the crypto-currency bus is now long gone for those who didn’t hop aboard earlier.

Noting that cryptos have made incredible price gains recently, the financial publication of record pointed out that early buyers were HODL-ing like mad. Yet others were pondering whether to give cryptos a miss or pile on now.

If anything, Dogecoin is a sideshow in the grand circus that is crypto-currency. How it performs is not necessarily a means of divination for crypto-currency in general. If anything, it demonstrates the power of social media rather than providing any particular light on the larger question of day trade versus HODL.

The Economist, another weathervane of the financial markets, appears reticent on the subject of crypto trading. In February, they chose to spotlight Tether, a dollar-backed digital ‘stable coin’ that has fallen foul of regulators and been denounced as an elaborate scheme to manipulate the price of Bitcoin.

The story has sent jitters throughout the crypto-sphere and prompted worries that crypto-currencies are in for a major correction. Or a hard landing, depending on your outlook.

As patterns go, the message from the heavyweights of financial reporting remains to a healthy extent skeptical about cryptos. However, it is plain to see they are tying themselves in knots as they attempt to keep a foot in both anti and pro camps. If the reportage around cryptos and the question of day trading or HODL-ing were a game, it would assuredly be Twister.

Each new development in crypto-currencies sees the talking heads get themselves in a 180-degree contortion. Safe to say, HODL if you like the stomach-churning thrill of roller coasters. Day trade if you have the same propensity for risk-taking.