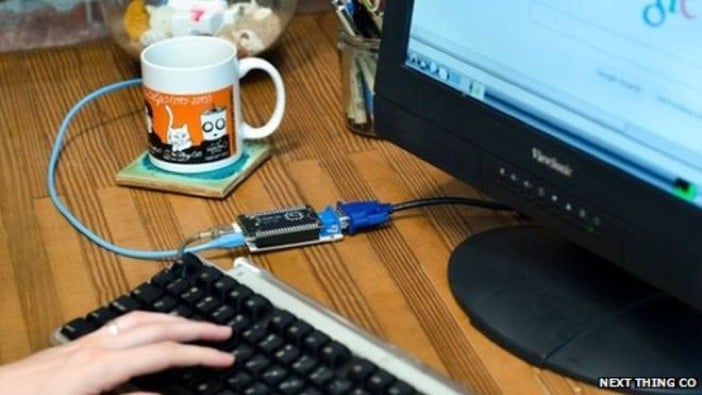 A startup from California is aiming to pull in enough funds to make a tiny computer that will cost just $9 in its most basic form.

Initial versions will have a 1 GHz processor, as well as 512 MB of RAM and 4 GB of built-in storage. The device, available in early 2016, could turn out to be another rival to the popular Raspberry Pi.

The Chip does have some similarities with the Pi in terms of the technical specifications – both are built around an ARM chip, but it also includes some features, such as Wi-Fi and Bluetooth 4.0, that are not available on the standard Raspberry configuration.

The Chip runs a version of Linux and can also connect to a monitor or display via a composite connector. Next Thing also plans a version of the Chip in a handheld device called the Pocket Chip that should sell for around $49.

Backers of the Chip are expected to receive the finished boards in December, though some people who sign up to be a ‘kernel hacker’ will get them in September. 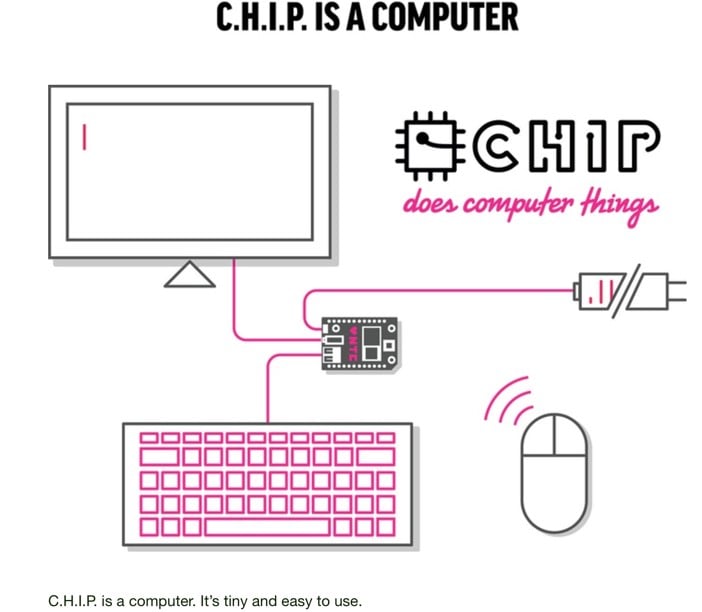 Since it launched on crowdfunding site Kickstarter, the project has already proven popular and has exceeded the funding goal – 17,600 people have pledged over $888,000 to the project with 25 days still remaining. However, experts say that the Chip’s low price only covered the basic board.

Writing on hardware news site Bit-Tech, Gareth Halfacree said the Chip had “sacrificed a few features” in its desire to be smaller and cheaper than the Pi.

He pointed out that beefing up the graphical abilities to match the Pi raised the price to $24 – far closer to the $35 that the Raspberry Pi 2 costs. He added that shipping charges outside the US could also make the Chip more expensive than it first appeared.

The tiny computer is set to launch into a market that’s becoming more and more crowded with small yet relatively powerful computers, from barebones board aimed at hardware tinkerers through to entire computers on USB sticks made by the likes of Intel and Google.

The Chip computer is the second project Next Thing has funded via Kickstarter. Its first was a digital camera called Otto powered by the Raspberry Pi.