A labor strike at the U.S. West Coast ports forced McDonald’s Corporation (NYSE:MCD) Japanese franchises to start offering smaller-sized french-fries as supplies threaten to dry up. The standoff has already caused long delays in imports forcing the giant fast-food chain to resort to airlifting some products.

Japan’s McDonald’s spokeswoman, Kokoro Toyama has stated that the company was importing over 1,000 tons through ports in the east coast as a way of averting the possibility of a french-fry shortage.  Another 1,600 tons should arrive in the country later in January. The sales restrictions according to McDonald’s are intended to ensure no store runs out before the strike is resolved and normal delivery resumes.

Toyama additionally admitted that the steps being initiated remain insufficient, considering it is the holiday shopping season and it is still unclear how long the standoff will persist. With 3,100 stores in Japan, McDonald’s has stated that it is not placing any limit on the number of small sized fries that customers can buy at one time.

Operations in the West Coast ports have been paralyzed as talks continue between 20 thousand dockworkers and the Pacific Maritime Association. Japan remains the biggest market for U.S made frozen potato products and is believed to be importing over $336 million worth annually. The fry shortage delays are yet another big blow for McDonald’s, which was recently struggling with a vendor scandal in China.

McDonald’s Corporation (NYSE:MCD) is not the only company that has been affected by the delays as Macy’s, Inc. (NYSE:M) additionally remarked that it is experiencing delays in getting products onto shelves. 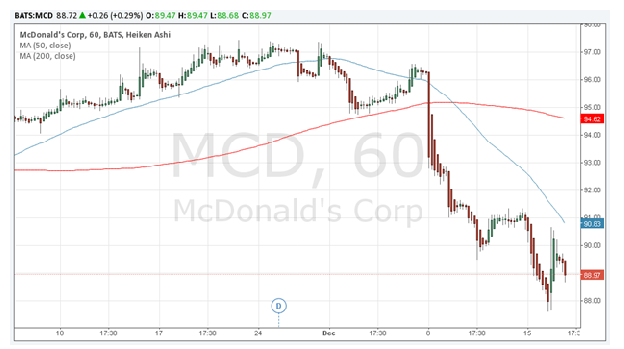