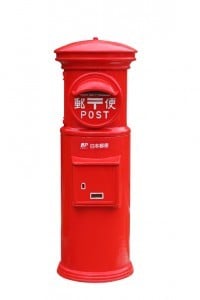 Japan Post is a massive company. It is a government-owned company in Japan that is in the savings, postal service, and insurance industries. How big is this company? Its assets are estimated to be worth $1.7 trillion. Its assets are so big that it is Japan’s largest employer, and the company’s economic activities account for around 33% of the GDP of Japan.

If you are looking to invest in Japan, one of most direct ways to do so is by buying into Japan Post. A lot of market analysts are saying that this is going to be a monster IPO. If you thought Alibaba’s IPO last year was massive, you haven’t seen anything yet. Alibaba’s total haul was $25 billion. Japan Post’s expected total haul will come in at around $33 billion.

The Japanese government needs these funds because of the massive debt that government-owned corporations have. This huge amount of government debt is what’s holding back Japan from roaring back to economic life ever since the late 1980s. Moreover, Japan suffered major infrastructure damage to the tune of billions of dollars from the tsunami and earthquake that hit the northern part of Japan sometime back.

Japan Post is no ordinary IPO. This IPO is basically a short hand investment for investing in Japan. If you think that Japanese economy is going to turn around, or if you’re thinking of investing in a company that’s literally too big to fail as far as the Japanese government is concerned, Japan Post would definitely be a good buy.

Regardless, there are risks. The key risk is that of course just like the Japanese economy, your Japan Post stock might trade sideways for a long, long time. This might not be necessarily all that bad if you just want to keep your money safe. The problem is you could have been doubling or tripling that money if you let it ride on an index that is benefiting from a bull market.