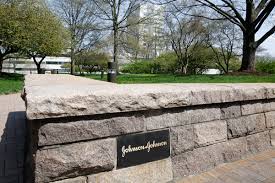 Johnson & Johnson (NYSE: JNJ) announced lower-than-expected sales for the third quarter. The company was hurt by a stronger dollar, and low demand for its arthritis drug Remicade and blood clot preventer Xarelto. J&J stock dropped 0.7% on Tuesday despite the company announcingitsplans to buy back $10 billion of its common stock.

The repurchases will have no time limit and will be financed with debt, but will eliminate approximately 3.8% of J&J’s outstanding shares.In July of last year, the company had repurchased $5 billion of its shares.

Globally, company revenue declined to $17.1 billion, down 7.4%. Analysts were expecting sales of $17.45 billion. Company revenue would have increased 0.8%, but sales values were hurt by the stronger dollar. Nearly half of J&J’s revenue comes from outside of the United States.

Revenue for all of the company’s three divisions was 2% below what analysts were expecting. While a repurchase program is welcome, analysts note that it will not address the underlying issues that the company is having in pharmaceuticals.