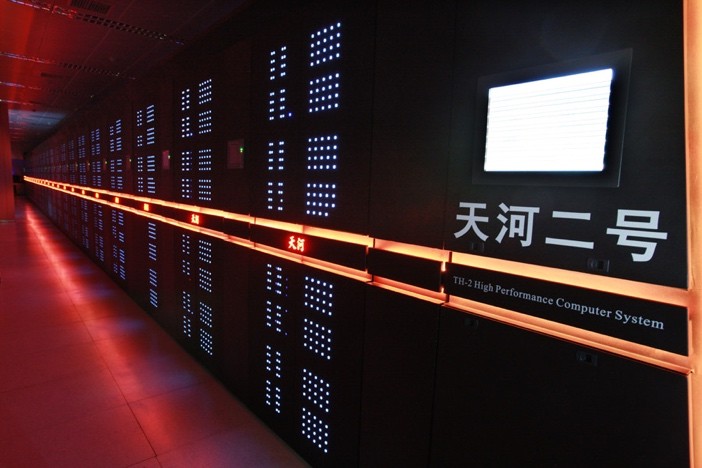 The US government has refused to let Intel help China update the world’s most powerful supercomputer. Intel had applied for a licence to export thousands of chips to update the Tianhe-2 computer, but the Department of Commerce refused, stating it was concerned about nuclear research being done with the machine.

China’s Tianhe-2 currently suses 80,000 Intel Xeon chips to reach a capacity of 33 petaflops – one petaflop is about one quadrillion calculations per second.

According to the Top 500, an organisation that monitors supercomputers, Tianhe-2 has been the world’s most powerful machine for the past 18 months. But this year the machine was slated to receive a boost to its number-crunching capabilities to take it to more than 110 petaflops – those upgrades depended largely on new Intel Xeon chips. Intel apparently informed US authorities of its involvement with the upgrade and was told it must apply for an export license. 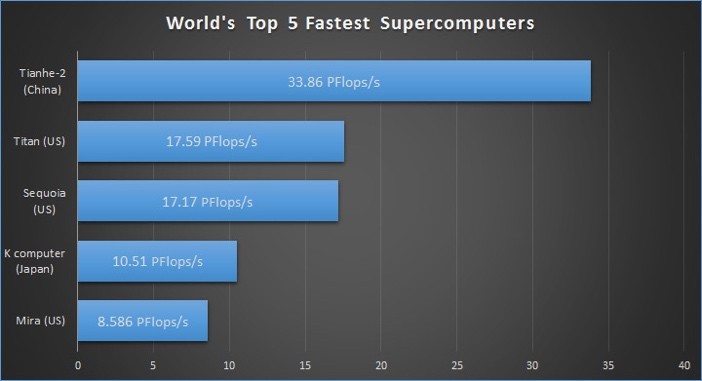 In a notice published by the US Department of Commerce, it said it refused Intel’s application to export Xeon chips bound for Tianhe-2 and three other Chinese machines, because the machines were involved in “nuclear explosive activities”. The US export regulations reveal this covers technology in the “design, development or fabrication” of nuclear weapons.

The notice also stated that the institutions where the supercomputers are or would be located were “acting contrary to the national security or foreign policy interests of the United States”.

The chipmaker issued a statement which read: “Intel complied with the notification and applied for the licence, which was denied. We are in compliance with the US law”.

China is widely believed to be working on furthering its own chipmaking efforts to boost those four supercomputers and complete the upgrade.

Even though Intel has been denied selling its Xeon chips to China, the company has just agreed to build the Aurora supercomputer at the Argonne National Laboratory in Illinois, which is expected to have a peak performance of 180 petaflops.