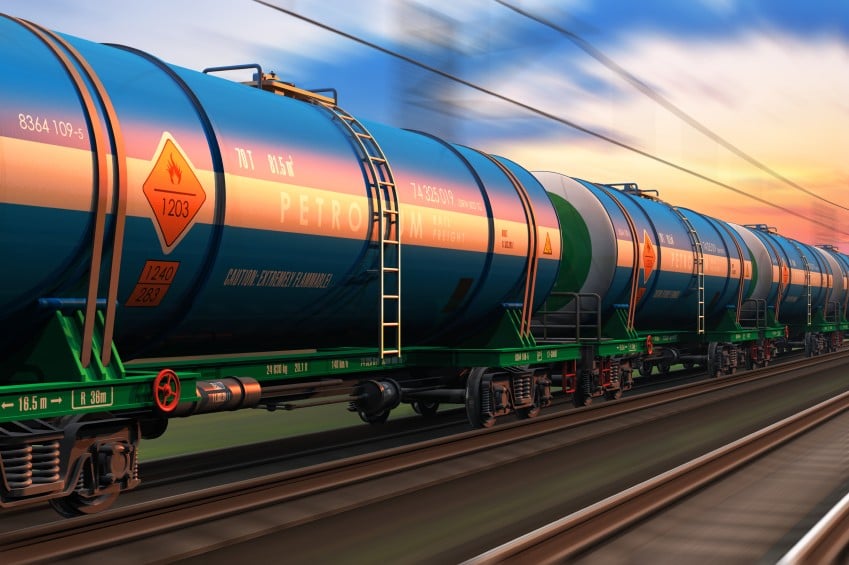 The current collapse in the global price of crude oil has sent shockwaves throughout the economy. We’re not just talking about people losing their jobs in the oil extraction industry. We’re also talking about jobs that are related to oil in some form or fashion. For example, to get oil out of the ground, you need oil rigs. You also need oil service companies. Most importantly, you need pipelines and those pipelines often end in terminals that require train transport. You need railways. You start with oil, but you can extend the different industry connection across a wide range of industries.

This is why railroad stocks have taken a beating recently. Kansas City Southern stock truly reached its lowest level recently since July of 2014. It’s blaming its stock price erosion due to lower demand. A lot of the biggest customers of railroads are crude oil processors. Since the price of oil is depressed, there’s less demand for and there’s less need to transport that oil.

As you can probably already tell, the current crash in oil prices has not exactly been an unqualified blessing. In fact, even on the consumer end, it still remains unclear whether lower prices at the gas pump would benefit the economy. According to many recent studies, consumers prefer to save that money or use their gas savings to pay off debts. Neither of these activities stimulate the economy directly.

I suspect that railroad stocks will recover independent of oil even if oil prices remain depressed. Why? As the broader US economy roars back to life, there will be more stuff to haul across the US besides petroleum.