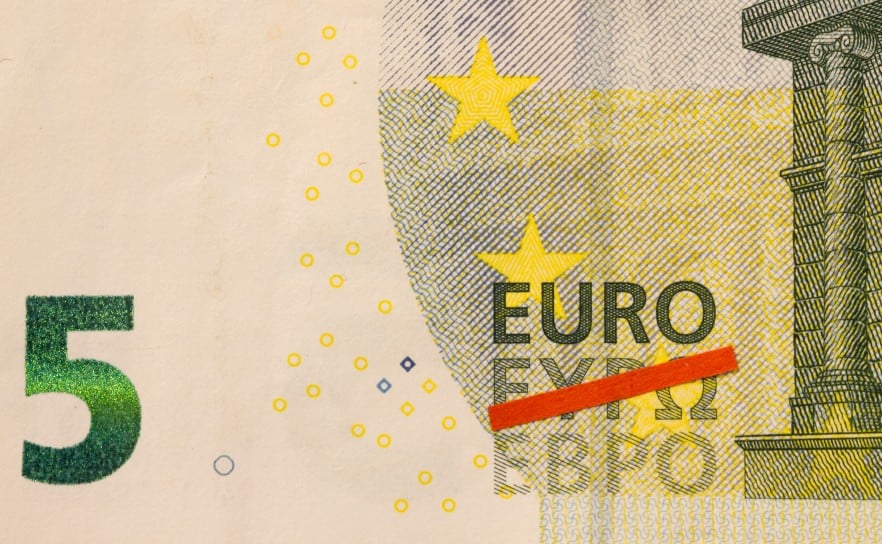 The Dow Jones edged lower due to fears that the Greek drama is going to resolve negatively. I have suspected all along that the market has already priced in the possibility of a Greek exit in the European monetary union. This should not be a surprise. Greece has so much debt, doesn’t have enough revenues, and has too many demographic issues to truly crawl out of its fiscal hole.

I have even raised, in the past, the potential black swan scenario of a military coup in Greece. Keep in mind that a Greek military coup and military dictatorship is not unheard of. Greece used to be ruled by a dictatorship as recently as the early 1970s. History might repeat itself.

On a more favorable note, Greece might just simply leave the European union. This might not necessarily be a terrible thing as far as Greece is concerned. By going back to the Greek drachma, Greece can finally regain control over its debt. How? One simple trick: devaluation.

Devaluation is not a preferred option. You are basically kicking your creditors in the face when you do that. It makes you a financial pariah, and many bankers wouldn’t want to deal with you.

However, the resentment is short-lived. Bankers have a lot of money to lend and they are pursuing a certain rate of return. When the dust settles after devaluation, guess what happens. Bankers are making loans again. It is a very familiar pattern. You only need to study the history of Latin America to understand what I am talking about.

A Greek exit is almost sure to happen. There is just too much interest due, and Greece simply doesn’t have the money. I highly suspect that this is the reason why German bankers refused Greek terms for the bailout. There is really no other way to resolve this issue except for a Greek exit.

The big problem here is that it may lead to a dangerous precedent for the remaining members of the European monetary union. It can set a pattern where a member is irresponsible, racks up a lot of debt, takes bailout money, and then bails out at the end. As I have mentioned earlier, the whole idea of a European monetary union just simply doesn’t make any fiscal of political sense.