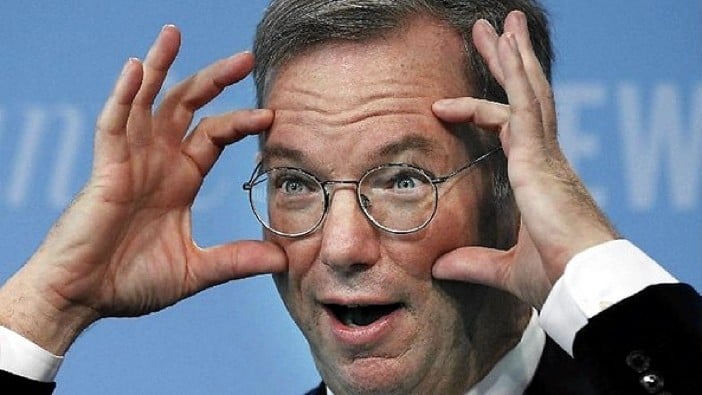 Google Executive Chairman Eric Schmidt has racked up a very expensive bill for private flights last year. As according to the search giant’s latest proxy filing, part of his $108.7 million annual salary included $672,400 for personal use of jets for a conference.

That is an extraordinary amount of cash to fly to a single conference, but according to a person ‘familiar with the matter’, it wasn’t in fact for a single flight, but multiple flights for the same conference. The conference itself is apparently one that Schmidt organises in the US every year, but in this instance lots of people came to the event and so many planes were chartered to transport the attendees.

It’s not yet clear which conference the planes were used for, and if it was an official Google event or a personal one for Eric Schmidt, who has also written several books in recent times. The event has apparently been in past years, but on this occasion Google decided to pay for the flights itself, for the first time.

That’s not unusual in itself, as companies do pay executives for perks such as security and reimbursement for private plane expenses. In 2013, Schmidt received $61,706 “paid by Google on Eric’s behalf for costs related to aircraft chartered for Google business on which his family and friends flew”, and in 2012, his plane bill was a mere $14,018.