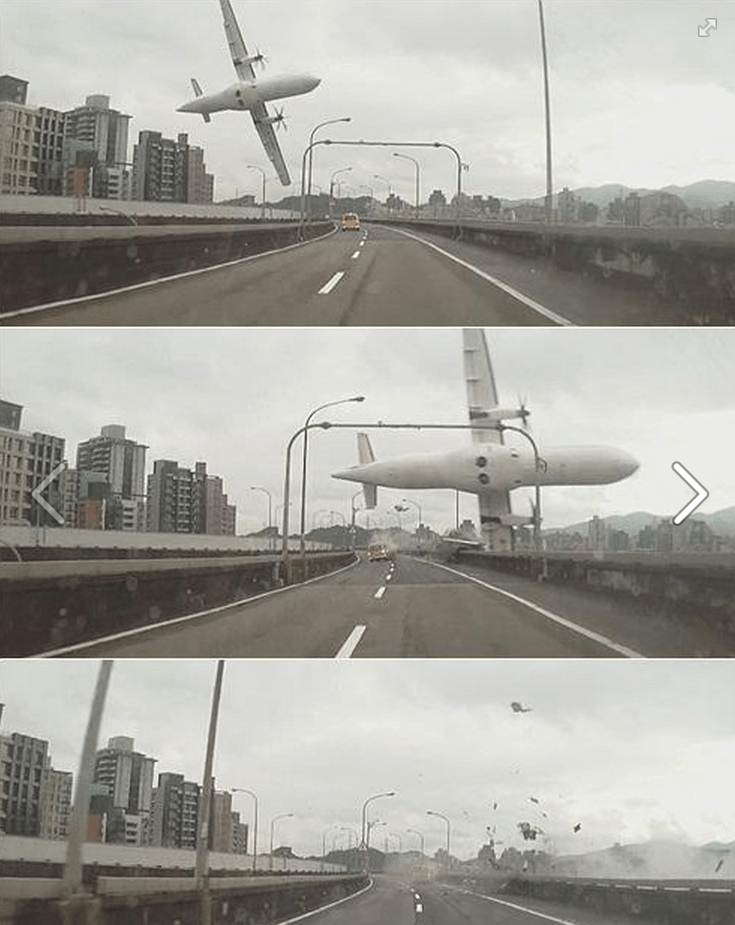 TAIPEI, Taiwan (AP) — A Taiwanese flight with 58 people aboard clipped a bridge shortly after takeoff and careened into a shallow river Wednesday in the island’s capital of Taipei, killing at least eight people, state media said.

Parts of the wrecked fuselage of the turboprop ATR 72 jutted out of the Keelung River just a couple dozen meters (yards) from the shore near the city’s downtown Sungshan airport. The main section of fuselage was on its side, missing a wing.

Rescuers clustered around the plane in rubber boats more than two hours after the crash, and could be seen pulling carry-on luggage from an open plane door.

The country’s Central News Agency said eight people were killed out of 26 that had been pulled from the plane. The rescue was continuing.

CNA said the flight from Taipei to the outlying island of Kinmen lost contact with flight controllers at 10:55 a.m. and the fuselage landed in the Keelung River near the city’s downtown Sungshan airport.

As many as 31 passengers were from mainland China, Taiwan’s TVBS news broadcaster said. Kinmen lies just off the Chinese coast, making it a convenient way to return to the mainland after traveling to Taiwan.

The plane also hit a taxi, the driver of which was injured, as it flew into the river, TVBS reported.

It was the second of TransAsia’s French-made ATR 72 planes to crash in the past year. Last July, a flight crashed while attempting to land on the island of Penghu off Taiwan’s coast, killing 48 people and injuring another 10. Stormy weather and low visibility were suspected as factors in that crash.