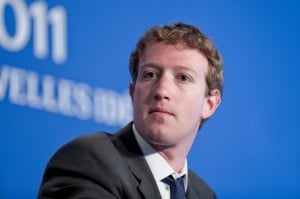 In a recent talk in Barcelona, Spain during the Mobile World Congress, Facebook (NASDAQ:FB) CEO Mark Zuckerberg shared a pretty interesting job interview tip. He said that he would only hire people if during the job interview he gets the impression that the interviewee wants his job and could do his job. To put it in his words, “I will only hire someone to work directly for me if I would work for that person.”

This is all well and good from a press release and media image perspective. It definitely makes Facebook seem dynamic, proactive, and cutting edge. If you think about it, it kind of sidesteps one important element of actually reaching the top job. That element is one’s willingness to go through the process. You just can’t leave college and all of a sudden find yourself in a CEO position and actually do a brilliant job. There has to be training involved. There has to be experience and in many cases, painful real-world experiences. A lot of this have to do with working with people.

Unfortunately, this is all lost in Mark Zuckerberg’s interview tip. The whole idea is really more about projecting competence instead of having the humility to go through the process of achieving that level of competence. Maybe this is a generational thing or Mark Zuckerberg knows something that most executives don’t.

The reality is that many millennials think that intelligence is a given. In fact, they assume that people are intelligent for them to even show up for a job interview. So if you put that aside, the focus then is on networking skills. I’m not downplaying networking skills or people skills but what I am emphasizing is that a key part is humility, focus, and commitment. Three concepts that aren’t exactly popular with the millennial generation.