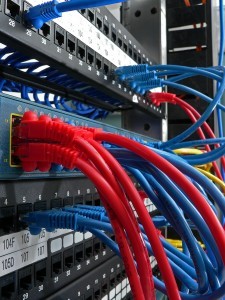 Cisco (NASDAQ:CSCO) was one of the hottest stocks in the 1990s and the Internet era. Cisco redefined what a networking hardware company should look and act like. Cisco has been in the forefront of connecting consumers and business enterprises to the internet. Not surprisingly, Cisco’s stock has skyrocketed throughout the years because of its central role in the growing power of the internet.

Unfortunately, it is beginning to look more and more like Cisco’s best years are far behind it. What is the problem? Cisco is caught in a growth trap. Cisco is a huge company and has many analysts following its stock. It has to live up to the expectations of the market. Not surprisingly, considering the evolution of computing and consumption patterns, Cisco’s hardware division is facing a lot of challenges.

Cisco has always been known for routers. Unfortunately, that is not where computing is headed. Computing is headed to a cloud-based system. Gone are the days when companies would pay top dollar for a router. Instead, companies are focused more on their access to the cloud, and profit margins are dropping.

Put these two together and it is easy to explain why Cisco has been trying to acquire growth. From ridiculous deals like Flip to the disappointing acquisition of Linksys, Cisco seems to be flailing. It is similar to a pharmaceutical company that doesn’t have enough new patents and needs to grow to justify its stock price. Where are things headed for this once magnificent company? One thing is clear. It probably would have to spin off its hardware section because its product life, as well as the direction of that niche, will probably come to an end soon.

The more exciting direction for Cisco to go into is cloud computing. However, cloud computing is currently still too small to justify Cisco’s market size. The most sensible approach would be to split the company, spin off different sections, and then get a new lease in life as a cloud-computing player.