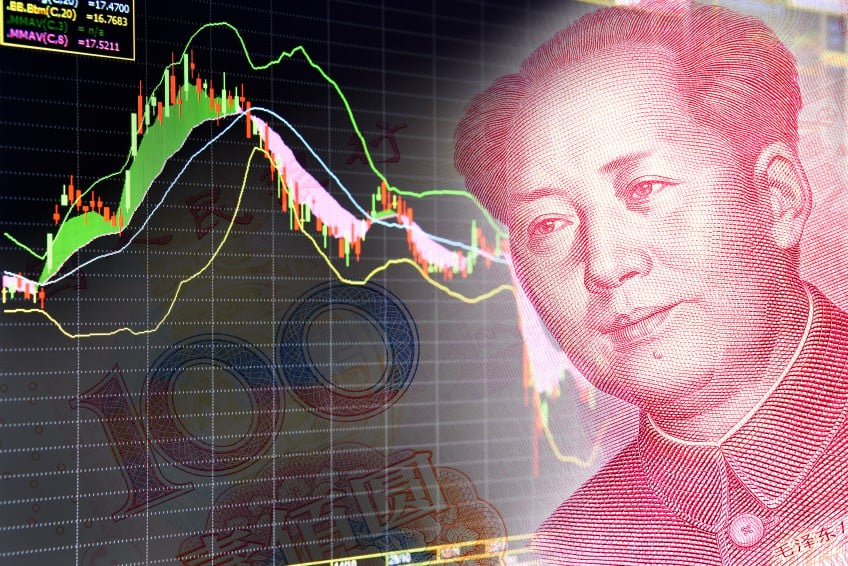 China’s markets remained volatile on Wednesday, falling over 1%, as oil prices slid to under $30 a barrel. Speculation of new policy stimulus in China offset some of the losses, but markets across the globe were hit by oil’s fresh new lows.

Stocks in Europe and Asia were sharply lower, as crude in the U.S. tanked to under $28 a barrel for the first time in over a decade. Energy stocks took a beating, as safe havens saw gains.

The Shanghai Composite Index closed the day down 1% lower after bouncing back 3.25% on Tuesday. The CSI300 lost 1.5% after rising 2.95% in the previous session.

Tuesday’s recovery was largely driven by investor speculation that the People’s Bank of China would implement new stimulus measures to boost the economy. New data shows that China’s economic growth reached a 25-year low in 2015.

Late Tuesday evening, China’s central bank stated that it would be injecting over 600 billion yuan into the country’s banking system ahead of the Lunar New Year next month.