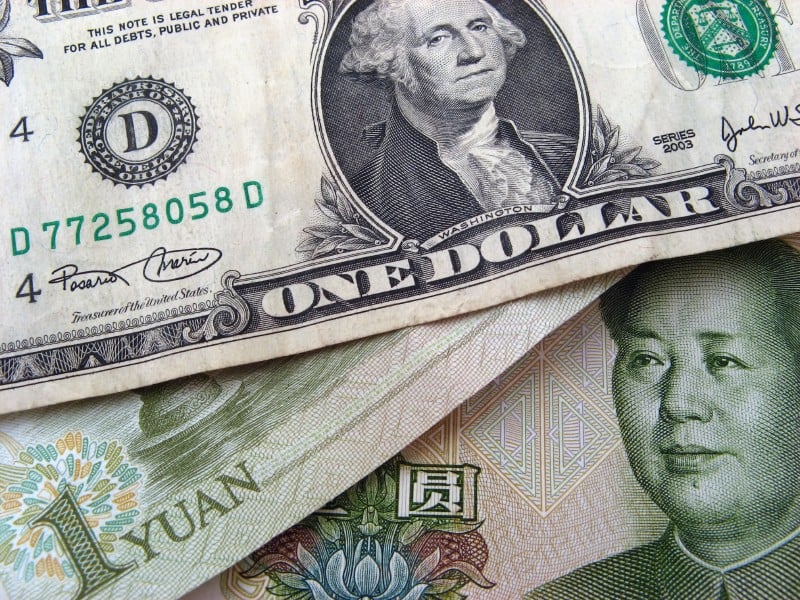 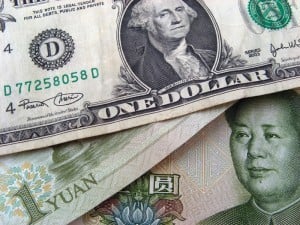 Looking beyond official monetary policy pronouncements from major central banks, one can only conclude that the world is currently engaged in a currency devaluation war. The first shot was, of course, taken by the United States through the U.S. Federal Reserve. By buying up a huge amount of debt in the bond market, the U.S. Federal Reserve simply injected an obscene amount of liquidity into the U.S. financial market. The hope was that some of this money will actually make it to the real economy, the real economy being defined as businesses needing capital so they can hire people. These people can then pay taxes and spend money on goods and services. This would trigger a chain reaction all across the economy and lead to real growth.

Whether this actually happened or not is open for debate. What is indisputable is that the flood of cheap money has inflated equities markets. If you were to take a long hard look at the financial health of Main Street America, there is really no way Wall Street should be setting record after record. The same is beginning to play out in Europe and in Asia, thanks to the quantitative easing policies recently announced by the European central bank and the ongoing policy of the Bank of Japan. We have just so much liquidity floating through global financial markets.

This is nothing but a thinly disguised currency war. The U.S. Federal Reserve knows that when they print out more dollars, this drives down the value of existing dollars. This makes dollars cheaper. When dollars are cheaper, goods and services priced in dollars become cheaper. They become more competitive. It is almost heretical to think this way because modern developed economies are supposed to get along with each other and not engage in currency war. But there is really no other way to interpret what is going on.

Caught in the crossfire of all this is China, the world’s factory which has been engaging in its own currency war for the longest time. The main reason why so many other countries import from China is because Chinese goods are cheaper, thanks to the artificial devaluation of the Chinese yuan by China’s central bank authorities. Well, it seems that China has finally gotten burned by the recent currency wars, because China has made moves to shore up the value of the yuan. The yuan has been slipping against the U.S. dollar recently. Normally, China would be happy about this. But it appears that they have reversed course.

Usually, China would buy foreign currencies to depress the yuan. Now, it is in the reverse position of buying the yuan. Where does this leave Chinese central bank policy? One particular clue is the minor shockwaves it sent the global financial market when it cut bank reserve requirements by 50 basis points. Supposedly, this was to combat deflation and boost lending.

Interestingly enough, this would work to cheapen the yuan. It is surprising, because China has been recently moving to strengthen the yuan. Something is definitely happening here. It is obvious that China is finally waking up to the reality of a global currency war, and is determined not to get caught flat-footed.