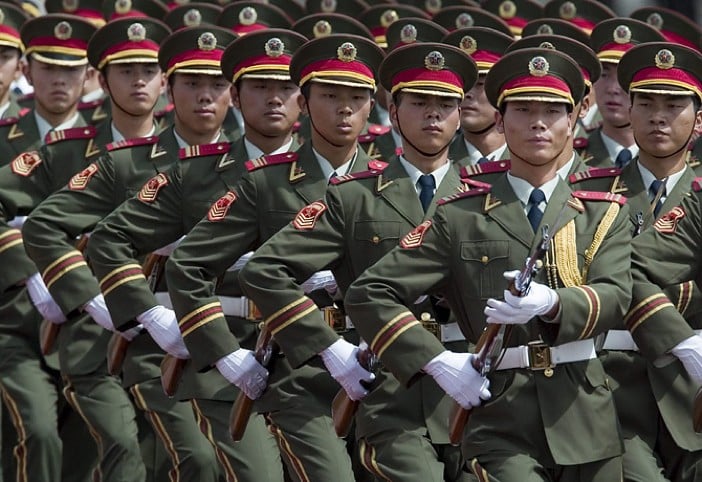 China has imposed a blanket ban on its armed forces from wearing Internet-enabled wearable technology, according to reports. The People’s Liberation Army Daily, which is the Chinese military’s official newspaper, said security concerns had been raised after one recruit had received a smartwatch as a birthday gift.

News site NBC said its sources had confirmed a ban was now in place.

Experts say the move is simply a natural extension of restrictions that are already in place by most nations’ armies on the use of mobile phones.

The PLA Daily said that army leaders consulted with experts last month after being alerted to an incident in which a soldier attempted to take a photo of his comrades at the eastern city of Nanjing.

It also issued the following statement:

“The use of wearables with internet access, location information, and voice-calling functions should be considered a violation of confidential regulations when used by military personnel”.

The newspaper says that teaching materials and warning signs have since been made to ensure the message was spread among personnel.

“The moment a soldier puts on a device that can record high-definition audio and video, take photos, and process and transmit data, it’s very possible for him or her to be tracked or to reveal military secrets”, it added.

A spokesperson from the UK’s Ministry of Defence was not able to provide a statement about its rules, according to the BBC. But the British corporation said that the UK army does not prevent the use of such devices unless the personnel are in a security sensitive environment or on an operation.

The increasing use of wearable technology is said to increasingly pose challenges to militaries across teh world.

“Any self-aware organisation will have measures for operational security”, said Peter Quentin, a research fellow at the British defence think tank Rusi.

“Anything that is networked – whether it is in your pocket or on your wrist – can be remotely accessed and exploited by others to provide an advantage to adversaries. That can happen inadvertently or be done deliberately, so it needs to be controlled wherever possible”.