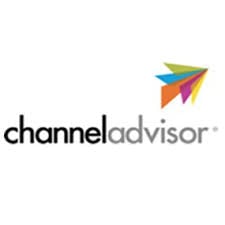 ChannelAdvisor posted what we characterize as mixed second-quarter results, with core revenue growth of 32% coming in well above the Street and guidance, adjusted EBITDA and non-GAAP EPS coming in slightly ahead of consensus, and new bookings increasing 18% sequentially off of the first quarter’s record performance. Management said it was happy with rep productivity in the quarter and it maintains plans for aggressive sales expansion. The company also called out healthy enterprise bookings activity in the quarter, including a win at a top 10 retailer that is moving to ChannelAdvisor’s marketing platform and is expected to generate in excess of $350,000 of annual revenue (roughly 30 to 35 times the size of ChannelAdvisor’s small customers).

The strong results are likely to be outweighed, however, by weaker-than-expected net customer additions and a second half 2014 revenue outlook that is largely unchanged from management’s prior view and implies a meaningful deceleration in revenue growth (from 30% growth in the first half of the year to 25% projected in the second half). We believe the guidance is conservative—arguably too conservative—but we can appreciate the fact that every $160,000 in quarterly revenue is another point of quarterly revenue growth, and that management likes to guide to numbers that it can beat. The customer additions, however, could be a bigger focus among investors.

The company added 108 net new customers in the quarter, which declined from last quarter’s 136 net additions and was well below our model of 146. Management called out a higher mix of enterprise bookings activity in the quarter, making the unit comparison less relevant and leading to an 18% sequential increase in bookings dollars. It also saw an increasing mix of up-sell business, which is not captured in the customer additions number. Also, somewhat weighing on the net additions was an increase in unit churn, driven in part by more stringent seller provisions recently enacted at both eBay (EBAY $53.06) and Amazon (AMZN $313.65; Outperform).

The increased unit churn was at the lower end of the market—retailers with ARPU of below $15,000 (ChannelAdvisor’s blended ARPU is a much higher $31,000). Importantly, the company said that the dollar churn (as a percentage of total revenue) was very consistent with what it has been the past several quarters. We believe that the customer churn the company is witnessing at the low end of the market is somewhat healthy, and the increasing mix of enterprise bookings dollars should lead to higher retention and improved margins over time. Higher-than-normal unit churn could persist in third quarter with eBay’s recent defect rate changes (which create a more stringent seller ranking system), but these should largely affect the low end of the market, and our sense is that bookings dollars should remain robust as the company continues to gain traction within the more-meaningful enterprise market.