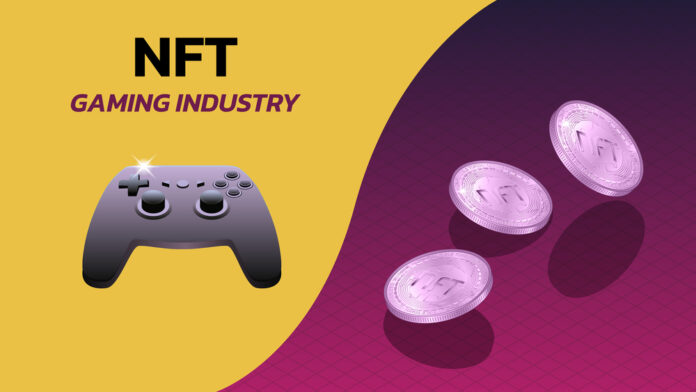 The gaming industry is changing day by day. Now, you can also earn money by playing games. Also, blockchain technology is now present in the gaming sector. People can earn cryptocurrencies and NFTs by just playing blockchain games. Earlier, players cant sell in-game objects to others for money. But now, it is possible to buy and sell in-game items like weapons, property, or wearables through a blockchain game. These blockchain games have their native digital currencies and NFTs. You can also trade these gaming crypto assets for money. Also, the transactions of these assets are present on the public blockchain.

So, there is security for the record of the ownership of these assets. Also, the in-game items in the blockchain games are not the same. Every gamer has unique digital assets in these games. Players can discover different types of play-to-earn games on the internet. So, they need to know which one will work for them. You have to check how these games pay rewards to the players. Also, it is vital to understand how you can convert the in-game digital assets into cryptocurrency or money. We have come up with the list of the best PvP NFT games in 2022 through which you can earn good money, so keep reading:

You can play the best play-to-earn and PvP games to make money this year. Players will enjoy the gameplay of the blockchain PvP games and trade their in-game items with others. Below, you can see the list of best PvP NFT games:

SolChicks is a PvP and P2E game based on Solchana blockchain. The story of this game revolves around warrior chickens that players have to acquire to win money. Players have to collect and breed SolChicks to get NFT collectibles. You will also get rewards by completing missions in this blockchain game. Players can sell the SolChicks NFTs on the marketplace to earn money. The value of these NFTs is growing time by time. Many players have managed to make a good amount of money through the in-game assets of SolChicks game.

Also, you can earn the in-game tokens named $CHICKS. Players have to participate in the PvP battles and raids to win this game. Players can play this game by visiting the official site of SolChicks and clicking on their demo game. So, experience something unique through the SolChicks game.

Axie Infinity is a famous PvP NFT game that uses the Ethereum blockchain. The game revolves around the cute creatures called Axies. So, players have to collect, raise, and battle Axies in this game. You can trade these digital pets as NFTs to others. Each Axie is different and represented by a non-fungible token (NFT). Also, Axie Infinity rewards the players as they invest their time. You will get SLP tokens by completing missions.

Players can exchange SLP tokens for Ethereum tokens on crypto exchanges. You need at least three Axies to start the game. Axie Infinity had a market capitalization of $42 million in sales back in June 2021.

Gods Unchained is P2E and a free-to-play card game based on the Ethereum blockchain. Players have to outwit opponents by creating decks and utilizing tactics. You can trade or sell the cards to earn money. Players have complete ownership of the in-game assets. Also, you can turn your cards of this game into non-fungible tokens. The record of ownership is present on the Ethereum network. No one can change its details or destroy them.

Also, Gods Unchained has a native token named GODS. This blockchain game also uses Ethereum’s smart contract for minting the NFTs. So, enjoy the unique gameplay of Gods Unchained and earn money through NFTs and other rewards.

Battle of Guardians is an NFT PvP fighting game based on the Solana blockchain. This real-time multiplayer fighting game involves global players that fight to earn rewards. These are the three modes of this blockchain game: story mode, arena mode, and tournament mode. Additionally, this game has two in-game currencies: Battle of Guardians Share ($BGS) and Fighting Points ($FP).

People can buy NFT characters and other in-game items through $BGS. The future of the BOG game is bright and aims to create a safe gaming economy with long-term potential.

Battle Racers is an action racing game playable on Decentraland. First, players have to design and build cars and race them on arcade-sized tracks in this blockchain game. Then, you have to combine the various elements and weapons to make powerful cars. After that, you have to use the vehicle and skills in the game to beat other players.

Many players pick handling over speed or defense over firepower to win the tournaments. Players turn their in-game items into NFTs and sell them for earning money on OpenSea. Your in-game assets are registered on the secured blockchain network. So, the ownership will stay with you, and no one can change it.

Splinterlands is a free-to-play tradable card game based on blockchain technology. This game allows the players to earn cryptocurrency and NFTs while enjoying the game. You can trade and sell NFT-based cards. There are Alpha cards, Beta cards, Promo cards, Reward cards, Untamed cards, and Dice cards to earn currency named Dark Energy Crystals. Players have to purchase a starter pack of cards to start the game.

After that, you can battle with other players or participate in quests. You will keep earning more cards in the game, and it will help you get in-game assets. You can trade the cards of this game on well-known marketplaces such as Open Sea, PeakMonsters, Monster Market, and more.

All the above PvP NFT games are worth playing. Players will make good money through these games. You can select one game that will suit you. Also, you can pick any genre of NFT game and enjoy their gameplay. Many people have already invested in the NFTs through these PTE games.