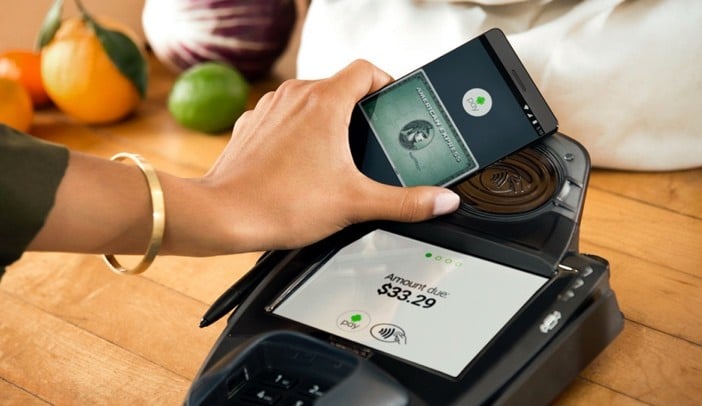 Coming hot on the heels of signs that a rollout in the UK is imminent, the Sydney Morning Herald reports that Australian banks Westpac and ANZ are about to launch Android Pay in the following months. Google‘s wireless payment system has so far experienced a slower rollout globally compared to its rivals.

ANZ’s head of retail and commercial banking claims that Android Pay will be enabled “mid this calendar year”, which is line with earlier announcements from other Australian partners

ANZ and Westpac, as well as subsidiaries St George, Bank of Melbourne, and Bank of South Australia, join other banks including ING Direct, Adelaide Bank and others in supporting Google’s payment system.

Earlier in the month, ANZ was the first bank to support Apple Pay and is also said to be working on a Square Reader type device for mobile point of sales. Furthermore, Samsung‘s system, Samsung Pay, will also launch in Australia by the end of the year and is already available in the United States, South Korea and China.

Despite the competition already having a head start, MasterCard reportedly believes that Android Pay will be important to the future payments infrastructure, due to the huge number of Android-based devices. It’s likely that more details about Android Pay’s international rollout will be revealed in the forthcoming Google I/O conference.