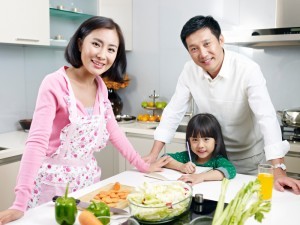 Back in the 1960s and 1970s, it was not unusual for somebody to simply get a high school degree and get a middle class job. In fact, a lot of high-paying jobs did not require a college degree. Fast forward to today and the gap between workers holding a high school diploma and college graduates is exploding. It shows no signs of slowing down. This highlights the fact that a lot of traditional middle class jobs that require little advanced training or advanced degrees are increasingly disappearing. We are talking about work like word processing, data entry, and computer secretarial positions. What has happened?

American productivity has actually skyrocketed the past decade due to automation. A lot of these jobs were either supplemented or completely replaced by software or outsourcing. How bad was the damage? Around 25% of data entry and word processing jobs are gone. Similarly, around 16% of computer operator jobs are slated to be eliminated by 2022.

While this may seem alarming, the US economy is quite resilient. You can rest assured that as these types of service jobs disappear, other service jobs will open up. As the economy migrates from a mainframe data setup to a more mobile and open architecture, more new jobs will be created.

Keep in mind that there are other high-paying jobs that are disappearing as well. Postal jobs that had a median annual wage of $53,000: they are gone. Information and record clerk jobs that pay a median wage $37,000: they are on the decline as well.

The good news is that retraining is always available. Also there are new industries opening up that require service workers. This is all part of economic evolution. You have to remember that back in the 1800s, horse and buggy operators lost their jobs as cars took over. Not much has changed.