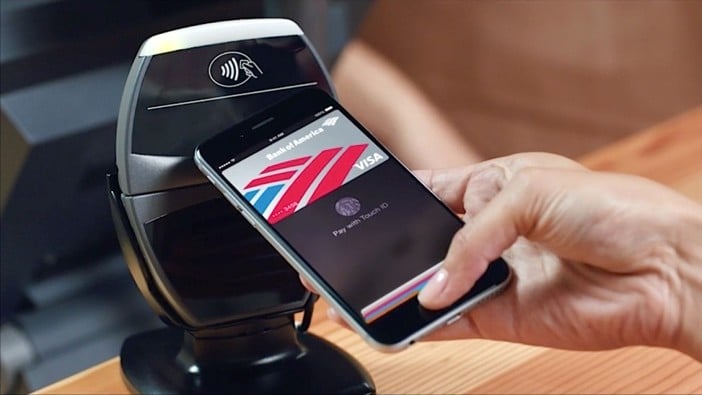 Apple plans to launch its mobile payments service in the UK in July, supported by major banks (except Barclays) and high street retailers, plus the operator of the London Underground, the firm said on Monday at its Worldwide Developers’ Conference.

At launch, Apple Pay will be available in more than 250,000 locations across the UK when it launches in July, meaning it will be more widely available than it was in the USA in October, the company says.

The service allows anyone with an iPhone, tablet or smartphones to pay for goods and services by holding the device up to contactless readers that have been installed by merchants.

Apple execs speaking at the developer conference in San Francisco also introduced improvements to the Apple Watch, revealed the features in iOS 9, and gave a preview of the next Mac operating system, OS X El Capitano.

The company also introduced a new music streaming service that will be available worldwide from June 30th and will cost $9.99 per month, or $14.99 for a family of 6 people.

The consumer electronics company said that eight of the most popular UK banks will support Apple Pay when it launches next month, with more to follow in the autumn

It also said that retailers such as Boots, Cost Coffee, and Marks and Spencer, as well as Waitrose, have all lined up to support Apple Pay. Several major airlines, travel agents, hotels and taxi firms have also apparently signed up, Apple said.

People using the London Underground will also be able to use their phones to swipe at turnstiles to pay for tickets, Apple said. Even today, existing US Apple Pay users on holiday in London can pay for trips on the Tube, says Transport for London.

The UK should be ripe territory for Apple Pay. Contactless payments are already extremely popular in the country, while the US however remains in the early stages of contactless.

Analysts say that contactless payments caught on initially with consumers as they used pay and go cards on the Tube, known as Oyster cards. Apple says that Apple Pay will be supported by more than 70% of credit and debit cards in use today in the UK. Visa Europe, MasterCard and American Express have all confirmed they will support Apple Pay in the UK.

MasterCard says it’s working with banks such as HSBC, RBS/Natwest and Santander to make their credit and debit cards work with Apple Pay. Nationwide Building Society also says it will support the new service. The Bank of Scotland, Coutts, Halifax, Lloyds Bank, MBNA, M&S Bank and TSB Bank are said to join the scheme in the autumn.

However, unlike the consumer electronics industry, where Apple releases new computers, phones and tablets in dozens of countries simultaneously, there isn’t yet such a thing as a unified payments market, which means it has been slow to roll out Apple Pay across the world.