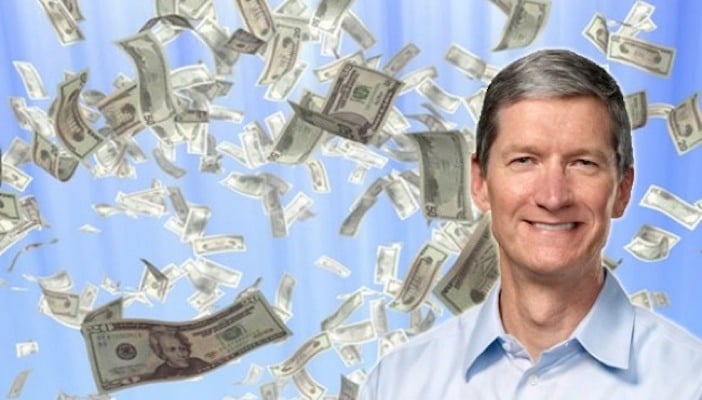 It’s no surprise that Apple makes huge profits, as evidenced by its recent blowout holiday quarter and rising sales of the iPhone 6 and iPhone 6 Plus. Apple also recorded the largest profit ever by a public company over the holiday season, driven by the 74 million iPhones it sold with an ASP of $687.

According to Canaccord, this means that Apple managed to capture a whopping 93% of handset smartphone profits. But across the entire year of 2014, Apple still managed to dominate with 79% of the mobile device profits. The analysts also expect continued growth for the iPhone going forward, with around 650 million iPhone users by the end of calendar year 2018.

In terms of financials, Apple beats the competition hands down. Unsurprisingly, South Korea electronics giant Samsung is Apple’s closest rival, although it comes nowhere near in terms of profitability. The same report also says that Samsung device shipments accounted for 9% of the total profits in the fourth quarter 2014, which means Apple and Samsung make up 102% of the total (!). In any case, there’s no denying that Apple is devouring the largest slice of the profit pie.

Apple and Samsung the only mobile companies in profit

Like other financial quarters, Apple and Samsung were the only companies to make real profits in the period. Canaccord claims that HTC, LG, Sony, Lenovo and Blackberry just about broke even and Microsoft (which used to be Nokia) made a loss of 2% – the average selling price of Windows Phone devices is less than $50…

Despite its high price, the iPhone continues to sell in incredible numbers and push into new markets. It’s becoming especially important to Apple in China, where the burgeoning middle class has ever more disposable income to spend on smartphones.

Despite huge margins, the iPhone becomes ever more mainstream, as this chart by Charles Arthur shows.