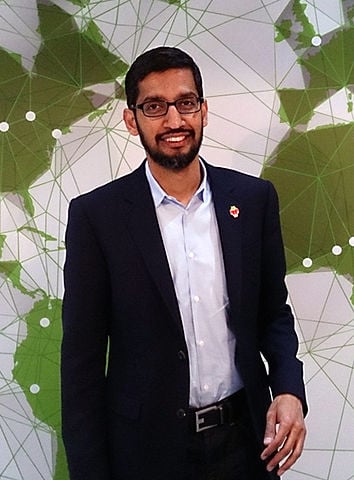 You might have guessed it, but the best-paid CEO in America is officially the chief of GOOGLE (NASDAQ: GOOG), Sundar Pichai.

Having recently received a payday of over $199 million in stock, the tech CEO has officially become the best-paid CEO in the US. The bonus gives Pichai an overall stake of $650 million in Alphabet Inc, the owner and parent company of Google.

Alphabet Inc recently surpassed Apple (NASDAQ: AAPL) to become the move valuable company in the word, and the huge pay day for Pichai speaks volumes about their desire to keep him exactly where he is.

With Google generating the vast majority of Alphabet’s revenue, clearly the hot-shot CEO is a valued asset. Google ads generated from its search feature represent the majority of the firm’s income, reaching tens of billions annually.

While the stock will be released gradually through until 2019, the bonus nonetheless represents a rather large reward for the 43-year-old tech-boss, who has been in his current role since August 10th, 2015.