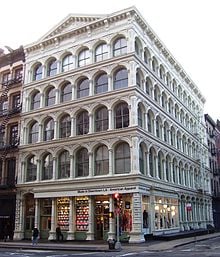 The NYSE Exchange sent a formal notice to American Apparel (NYSE:APP) on September 23 2015 which will start the process by which the formerly high flying clothing company will be taken off the NYSE’s listing. The Exchange stated that the reason it was sending a delisting process notice was due to the fact that American Apparel is not in compliance with Exchange’s Company Guide Section 1003(a)(iv).

The Exchange stated that the lack of compliance was due to American Apparel “sustained losses which are so substantial in relation to its overall operations or its existing financial resources, or its financial condition has become so impaired that it appears questionable, in the opinion of the Exchange, as to whether the Company will be able to continue operations and/or meet its obligations as they mature.”

For it’s part, American Apparel reports that it is looking over the issues raised by the delisting notice so it can prepare a compliance plan.