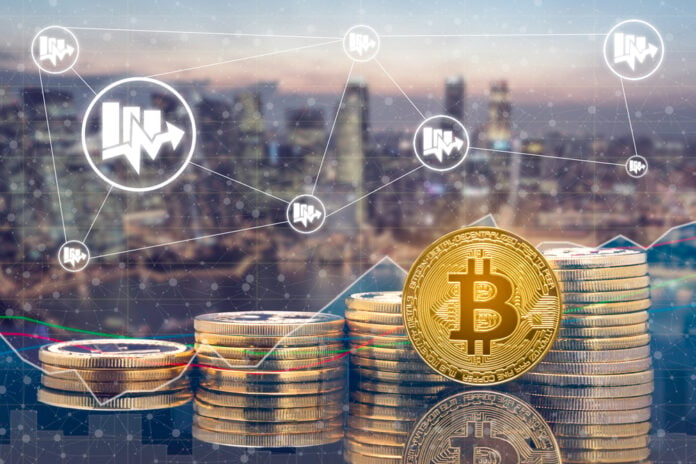 Wall street legends and institutional investors, who only a few years back made some harsh predictions on Bitcoin (BTC), may now find themselves biting their tongue.

Amid the global pandemic that has been racking the global economy and U.S. dollar value, Bitcoin has proven to be resilient in price movement. Since the height of the pandemic in March, this digital asset was found to have outperformed a significant number of global assets, proving the cryptocurrency market to be highly resilient and self-correcting.

Bitcoin value impressively increased by 40% since the initial dip in the economy at the beginning of the year. It has now soared to a 150% increase in the past year.

The Emergence of the Bitcoin Hedge Fund

BTC and other cryptocurrencies have since sparked the interest of Wall Street.

A survey conducted by asset-management Fidelity of over 800 investors in the U.S. & Europe has found that 80% of institutional investors find the appeal of digital assets, with over a third revealing to have already invested in the cryptocurrency market.

According to financial asset experts, the unconventional monetary policies by central banks have now forced investors to find alternative assets to diversify their portfolio and preserve their wealth. Investors believe that cryptocurrencies will remain resilient to inflation since it is in no way correlated to traditional stocks, institutions, and any sector of the government.

Institutional demand for Bitcoin is at an all-time high, with multi-billion cryptocurrency asset manager Grayscale reporting its largest quarterly inflow of almost $1B. Institutional investors made up 88% of all Bitcoin investments in the past quarter.

JPMorgan, formerly a harsh critic of Bitcoin, made headlines this year as the multi-billion company made optimistic predictions of the cryptocurrency market’s long-term potential. JPMorgan analysts admit that as the market matures, cryptocurrency trading by institutional investors will reach considerable heights–possibly even outperforming gold.

JPMorgan relates the increase in bitcoin demand to the significant influx of millennial investors–many of whom acknowledge Bitcoin as ‘digital gold.’ JPMorgan has also processed cryptocurrency transactions and has even offered banking services to leading U.S. crypto exchange platforms, Gemini and Coinbase.

Financial analysts confidently vouch that institutional investors believe in the potential of Bitcoin. Multi-billionaires are now investing large portions of their portfolio in digital assets.

With years of experience in the industry, these market giants have a lot to say about the emerging long-term potential of Bitcoin:

The Wall Street legend made top breaking news when he announced buying BTC to hedge against the predicted inflation caused by the pandemic.

According to Jones, investors are likely witnessing the historic birthing of a store of value in BTC. Jones claims to have been reminded of the gold trade in the ’70s.

He likened buying BTC to being an early investor of a booming tech company, not unlike investing in Google and Apple.

The legendary macroeconomics trader claims to be a conservative player, placing only a small fraction of his wealth on BTC. He notes that the asset has not yet stood the test of time, unlike gold.

Though this is the case, he mentions that the digital asset might just surprise him as the best performer in his portfolio.

While Jones mentioned only a single-digit percentage (approximately 2%) of his wealth on BTC, he also noted the brand’s great long-term potential in the industry. He notes the rising trust in the crypto trade each day that BTC survives in the market.

Former Goldman Sachs Fund Manager Raoul Pal converted as much as a quarter of his portfolio to Bitcoin during the pandemic. Pal believes that BTC is in a favorable position trading in a “perfect wedge,” inevitably leading to a massive bull run. Raoul Paul also notes that hard assets such as BTC and gold will outperform other assets.

Pal predicts that the economic crisis will be so severe that a permanent change in the next generation’s psyche is inevitable. Ultimately, the traditional pension systems and the security market will likely plummet and will be clouded by suspicion.

Pal claims that the crypto economy can easily boom to a $100 trillion market valuation at the current rate of crypto project and blockchain development. With the devaluation of the U.S. dollar, Pal believes that cryptocurrency–Bitcoin– is ultimately the future of our exchange systems.

According to Pal, Bitcoin is digital gold in 2020.

While Druckenmiller claims to have invested more in gold than Bitcoin, he predicts that the digital asset will likely outperform gold in the global market. According to Druckenmiller, Bitcoin is still the best bet as it is “thinner, more illiquid, and has a lot more beta to it.”

He acknowledged that the digital asset proves to be increasingly attractive to millennials and West Coast investors–who make a considerable portion of today’s market investors.

He notes that Bitcoin is increasingly gaining stability as a brand each day.

2020 has proven to be Bitcoin’s year. Wall Street legends, billionaires, and industry investors have presented a massive shift in their opinion on the cryptocurrency market.

How Institutional Investors are Changing the Game

What does the involvement of institutional investors mean for the Average Joe Trader?  The active participation of the largest player in the game leaves the door wide open for investment opportunities:

Significant institutional demand has now urged large investment firms to develop and launch products that cater to the cryptocurrency market.

Goldman Sachs made headlines as the first investment bank to launch a crypto-trading product for its clients. Intercontinental Exchange (ICE) followed suit with an announcement of bitcoin futures product to be released in December 2020.

The Initial Coin Offerings (ICO), a fundraising method for the launch of blockchain and crypto networks, also announced the development of better security mechanisms and regulations such as stablecoins and tokenized securities to urge the involvement of institutional investors.

The active involvement of industry giants contributes to a more stable price movement. These large volume investors are capable of anchoring current market whales. Contrary to what the majority may believe, individual investors are more likely to manipulate the market than financial institutions that face many transaction restrictions.

Institutional investors provide a generous inflow of capital, which will ultimately lead to the development of security and regulatory frameworks–furthering transparency and legitimacy into the cryptocurrency market.

How to Diversify Your Cryptocurrency Investing Portfolio in 2022 and Beyond